Board Certified in Family Law by the Texas Board of Legal Specialization in 2010, James W. Evans or “Jimmy”, has been in practice for 19 years. 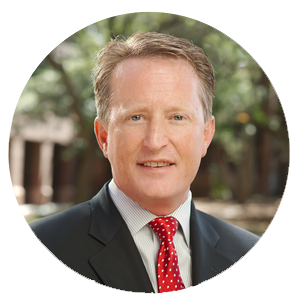 Mr. Evans is also a standing member of the Texas Academy of Family Law and the Texas Family Law Foundation. Mr. Evans is a member of the Family Section of the Travis County Bar, Williamson County Bar Association, and the State Bar of Texas and has also been admitted to the U.S. District Court for the Western District of Texas. Mr. Evans attended Austin College for undergraduate school completing his studies in business communications and graduated law school at Texas Wesleyan University (now Texas A&M School of Law) in just over 2 ½ years, and became licensed in May 1995.

After becoming licensed, Mr. Evans worked as an assistant criminal district attorney with the Tarrant County District Attorney’s Office and was literally thrown into the courtroom experience. As Mr. Evans recalls, “they hired me on a Wednesday and on that Thursday I was picking a Jury” which was one of many jury trials Mr. Evans participated in his career with the Tarrant County District Attorneys Office. During this time, Mr. Evans prosecuted such crimes as domestic violence, family violence, sex crimes against children, and other felony and misdemeanor crimes for nearly 5 years. During this time, Mr. Evans spent significant time working with children and protecting them against predators. In his tenure prosecuting sex crimes against children, Mr. Evans spent significant time working with children and preparing them for testimony. “I still have a drawer full of thank you cards”, Mr. Evans tells it. “There is nothing like the satisfaction that a child having gone through this kind of experience can look 12 people in the eye and know that someone finally believed them.” At the District Attorney’s Office, Mr. Evans was nicknamed “scrapper” for his scrappy litigation style.

After leaving the Tarrant County District Attorney’s Office, Mr. Evans worked in commercial litigation with Hill Gilstrap, a private firm in Arlington, Texas where Mr. Evans worked in such areas as contracts and business litigation; wills and estates litigation as well as airplane crash litigation until moving to Austin and joining his father’s legislative practice who had retired from 19 years of service in the Texas Legislature. There, Mr. Evans and his father spent a great deal of time being involved in Texas Politics. However, after becoming a father 9 years ago Mr. Evans has dedicated his practice exclusively in the area of family law and becoming a specialist in this area of practice and serving Travis County, Williamson County, and surrounding counties.

During Mr. Evans’ 19 years of practice, he has obtained extensive court room experience and has over 100 jury trials to his credit, including 8 now in the area of family law.

In 2010, Mr. Evans completed the rigorous testing and evaluation requirements by peers, judges, and the State of Texas and became recognized by the Texas Board of Legal Specialization and was honored to become board certified in Family Law. To become board certified in Family Law, the Texas Board of Legal Specialization requires that the Attorney have demonstrated experience in the contested trial and knowledge of cases involving a range of issues in Family law, such as (1) divorce, (2) division of property, (3) reimbursement claims, (4) child custody, (5) grandparent rights, (6) international custody and abduction issues, (7) child support, (8) adoption, (9) paternity and many other matters involved in the practice of family law. In 2010, Mr. Evans was one of the few attorneys in family law to be eligible to take the board certification exam having experience in all of the areas listed above. To complete the requirements, evaluations of Mr. Evans were submitted by fellow lawyers and Judges and he was required to pass a 6 hour examination.

In 2011, Mr. Evans was recognized by peers, judges and clients alike and given a high ethical ranking by Martindale and has since been selected in 2013 as one of the “Top Lawyers in Texas” by the same group. In 2014, Mr. Evans was appointed to the Family Law Section of the Texas Board of Legal Specialization. Mr. Evans has maintained a superior ranking with Martindale in 2012, 2013 as well with Avvo having received high client reviews. For more information, please see Mr. Evans’ resume.

Mr. Evans has been published by Aspatore Publishing in the area of Child Custody and Litigation and frequently speaks at legal training seminars for paralegals and attorneys alike.